A project with many contributors - International Six Metre Archive

Home News A project with many contributors

A project with many contributors 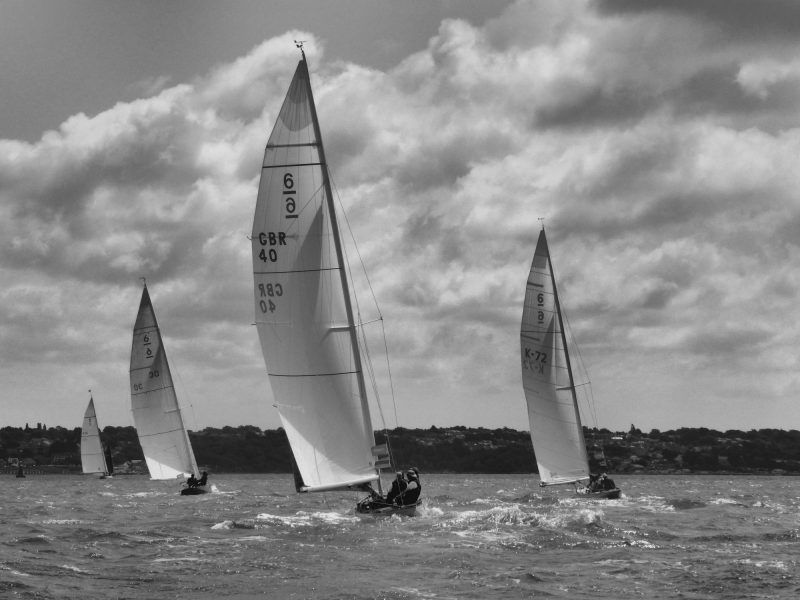 It seems only right to celebrate the start of this wonderful new website by thanking those people who have contributed so much to it. A whole team of dedicated people have put in many hours and days of work to make this project come about. And although the website build has been months in the making, the information that has gone into making it happen is based on years worth of dedicated research.

The idea for this site was first suggested at the ISMA spring meeting in Hamburg in 2017. At that meeting it was noted that, although a new history of the class, written by Tim Street, was soon to be published, there was a concern that there was a great deal of class history and documentation scattered worldwide. The suggestion at the time was to create a virtual archive, perhaps using a system such as Dropbox to store scanned copies of documents. The seed of an idea had been sown.

Very quickly, that idea grew. Before long ISMA contacted our now archivist, Jenny Wittamore, who suggested the idea of a website to allow people to access the material. ISMA liked the idea and the project grew from there. We are now the proud custodians of a fully functioning, ever growing resource of archives relating to Six Metres.

We recognised, however, that this project simply couldn’t work without the input and support of some key individuals. While Jenny comes from a museums background with a sound understanding of cataloguing collections, and our web developers, Thirty8 Digital specialise in creating websites for heritage collections, the main body of the content would have to be sourced from those people. There are certain members of the Six Metre community who have dedicated years of their lives, not only to championing the class, but also to recording and cataloguing its history.

The first of these people to get on board with the project was Basil Carmody. While Basil no longer sails Six Metres, and has largely stopped his work on the subject, he spent many years recording the boats. He developed a cataloguing system, giving each individual boat a unique code to identify it. This is immensely helpful, particularly where names change and are often repeated. Basil’s system of codes now underpins the whole website, allowing us to create links across the archives, race results and the boat profiles and allowing our users to search for individual boats. Without Basil’s work the site simply couldn’t function as it does, and for this we are very grateful indeed.

The second person to offer help was Tim Street. Tim is widely respected as one of the main historians of the class, having written two histories on the Six Metres, one of which was published recently. Both of Tim’s books have contained lists of all the Six Metres built – more than 1200 in total – and his knowledge of them is nearly encyclopaedic. Tim’s support has been invaluable in ironing out some of the anomalies that have crept in to our boat list, and he continues to provide us with information on the boats as it appears.

And finally we need to thank all the other contributors to the archive. We have had material supplied to us from many contributors and collectors, and offers of material being sent from all over the world. Again, the site could not function without people getting in touch and offering to scan and send their archives and we are hugely grateful to them for this.

Help in many ways

The very final thanks must go, however, to those who have contributed financially to the project. Building a website like this takes time and money and ISMA has finite resources. The project, therefore, has been funded entirely by generous donations from individuals within the Six Metre community, and we thank them for this.

The upkeep of the site will have ongoing costs into the future. If you would like to join those who have contributed so far, please get in touch with ISMA’s secretary, Tim Russell, who would be very pleased to hear from you.

Posted in Uncategorized by Jenny Wittamore on June 3rd, 2019.